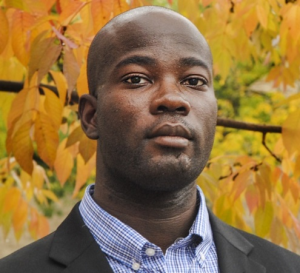 Kweku does research in behavioral economics, development economics, econometrics, and related fields such as machine learning and the internet of things. He is currently interested in themes of artificial intelligence, entrepreneurship and development economics. He has given invited talks to audiences at Stanford University, London School of Economics,  UC Berkeley, University of Oxford, the Econometric Society, the American Economic Association, the Canadian Economics Association and many others.

As a public speaker, Kweku has given presentations to decision makers at the World Bank, Facebook, as well as for government officials, experts and faculty working on growing an AI community in the greater Middle East and others.  He was Chair of the Canadian Development Economics Study Group session on Credit Markets at the Canadian Economics Association Annual Conference in 2012; a Co-organizer of the 2016 State of the Science: Science of Scaling Conference on Building Evidence to Advance Anti-Poverty Innovations and is currently on the program committee for the ACM SIGCAS Computing and Sustainable Societies conference for June 2020.

He is a co-author of the book Encountering Poverty: Thinking and Acting in an Unequal World, published by the University of California Press. Kweku’s research has been covered by media outlets such as The Economist, The Discovery Channel, and The Huffington Post, and others.